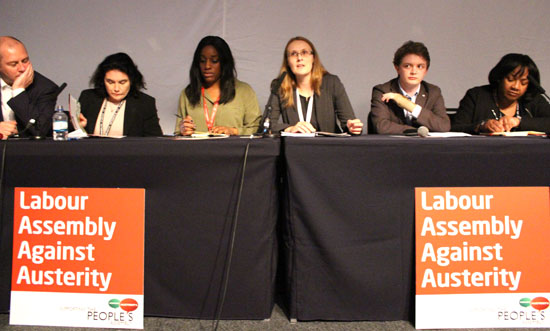 Steve Turner, Chair of the People’s Assembly Against Austerity and Assistant General Secretary of Unite the Union, reports from a packed Labour Assembly Against Austerity fringe meeting, attended by over 150 members, at Labour Party Conference. The meeting was addressed by Diane Abbott MP, Katy Clark MP, Dominic Curran, Owen Jones and Steve Turner and was chaired by Cat Smith PPC and Kate Osamor of the NEC.

There wasn’t a political earthquake in Scotland after all with a bigger majority for the no vote against independence than was being predicted, but, anyone who thinks it can be business as normal after the huge turnout is very much mistaken.

The Tories manoeuvring for political advantage on constitutional matters in the middle of the night, as soon as the result for the no vote became clear, had Cameron looking to his backbenchers and Farage while setting a trap for Ed Miliband. But it is exactly this sort of manoeuvring that has turned people off in their droves.

For the Labour party – despite the no victory – there was a political earthquake which the leadership and the party must not ignore. Glasgow, the crucible for Labour’s core vote, rejected the pleas to vote no. Glasgow of the Red Clyde had an alternative and turned its back on its history to go it alone. Nothing is simple and sectarianism reared its head with the Orange March that we saw only days before the vote.  Arguably it had some impact on the vote nevertheless there remains big lessons for the party and the leadership.

When people are fed a diet of austerity for an economic crisis they had no responsibility for then sooner or later they are going to rebel and on 18 September in Glasgow, Dundee, North Lanarkshire and East Dunbartonshire – solid working class areas – that is exactly what they did.

Scots had queued up in their hundreds of thousands first to register and then to vote.  Turnout, disengagement from the political process has been a defining feature of British politics over the last two decades.

With the general election months away we have to capture some of that longing for change that drove turnout and involvement up, but without something for people to vote for – turnout will once again be derisory.

The People’s Assembly Against Austerity has captured the imagination.  In the summer 50,000 people marched through central London to the belly of the Westminster beast.  It was a protest that turned into a carnival.

Diane Abbott MP told a packed Labour Assembly fringe meeting that Tory cuts have pitted one set of people against another and nothing is as toxic as the ‘scapegoating of immigration’.  She argued that too many people are convinced that eastern Europeans are the cause of workplace insecurity rather than exploitative employees. None of this is new but it is toxic and it is fuelling the propaganda pumped out by the Tories and UKIP.

Katy Clark, MP for North Ayrshire and Arran, said that she’d lived with the referendum campaign for two years and it is crucial that we equip working people with the arguments to fight austerity.  “We need progressive taxation and a redistribution of wealth in this country not the Tories/Lib Dem’s race to the bottom.”

I am very clear we have to mobilise.  We have gained nothing without a struggle.  Everything we have we have fought for.  We are a movement.  We need to inspire people, not with a pessimistic programme of austerity ‘lite’ but with genuine hope. 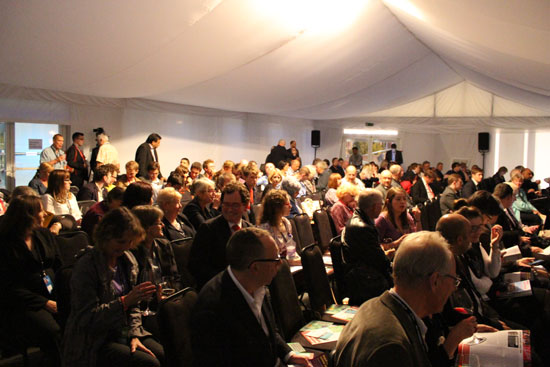 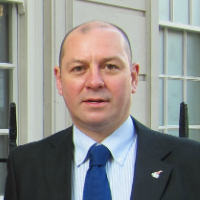 Steve Turner, Unite the Union, who will speak at the Labour Assembly Against Austerity, delivered this speech on 9th September moving TUC Composite Motion 1 on Anti-Austerity Campaigning

Colleagues, three years into the most vicious and vindictive government in living memory, the war against workers, raised by Frances O’Grady in her speech this morning, goes on.

This is not the war that should be waged. A war on poverty, helplessness, unemployment, ill health, despair,fear and insecurity.

It is not a war on tax evasion, obscene rents and energy profits, low pay or zero hours contracts.

No, this is a war on all that we hold dear, all that previous generations fought so hard to win. A war on ordinary men and women, our families and our communities. Of course the Tories say that the economy’s ‘showing signs of recovery’, that we’re ‘all in it together’. Together my arse!

Tell that to the five million on waiting lists for social housing, or the two and a half million without a job.

Comrades, we’re the seventh richest nation on our planet and if we’ve got the money to propose war on Syria then we’ve got money to wage war on foodbanks, to put our people back to work, our children into school and university – not debt and despair – and to provide dignity for our elderly.

Comrades, it’s up to us.

It’s up to us – to not just fightback industrially – but to build a mass movement, building a social consensus, an alliance or coalition for change amongst organised and unorganised workers. Including campaign groups, the Peoples’ Assembly, churches, charities, direct action and grass roots organisations.

This is not about the right to strike, it’s about organisation, confidence and leadership. It’s about ideas, values and above all hope People need hope for a better future and confidence in our values and ideas for change.

Without hope we sing into despair, resigned to the narrative that says ‘there is no alternative’.

Turning inwards and looking to our neighbours for someone to blame, hooked into the obscene language of the shirker and scrounger, of the deserving and undeserving poor.
We must reject the language of division.

Colleagues this is our challenge. It rests on our shoulders, to build the coalition, organise the action, inspire a generation. The composite motion commits us to fighting back – industrially where possible – but more than that – it commits us to organise a mass mobilisation. Supporting the fantastic work of the Peoples’ Assembly and the national protest on 5th November. Supporting a day of peaceful civil disobedience – of local action in towns and cities across our nation.

The composite calls for political education and to step up our campaign for an alternative to austerity.

An alternative to based on tax justice, investment, job creation, public ownership and the redistribution of wealth.

It calls for action, including a national march against poverty and co-ordinated industrial action.

Colleagues, we’ve never been given anything – we’ve had to fight and fight hard for what we now take for granted at our peril. All that we hold dear – is under threat and it’s on our watch.

Colleagues, we have to stand up. We have a responsibility to provide hope and inspiration in place of fear and despair to stand up for our young, our elderly, our sick and disabled – for our welfare state.

Stand up and fight back!