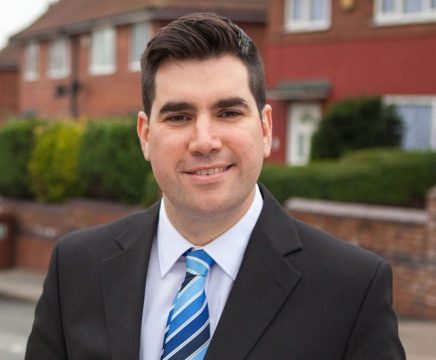 Austerity is over. That’s what Theresa May claimed at this year’s Tory conference – but if that were true for justice, everyone in the sector would breathe a huge sigh of relief. People and services are at breaking point having faced harsh cuts for eight years. And as Shadow Justice Secretary, I know there is sadly no relief in sight.

Just weeks after the Prime Minister’s claims, the Institute of Fiscal Studies produced its Green Budget report, which shows justice still remains the most cut department of all – down 40% in the decade to 2020. It is those Tory cuts that have unleashed an unprecedented crisis in our prisons and wider justice system. As the IFS noted: “One public service very much showing signs of strain is the prison system. Spending on prisons fell by more than a fifth between 2009?10 and 2016?17, while the prison population remained broadly constant… Over this period of spending cuts, service quality inside prisons has markedly deteriorated.”

Local law centres that deal with defending people’s essential housing, employment and welfare rights and youth offender teams have been just as badly hit. Our communities have paid the price for those cuts. Worryingly, far from austerity being over, there is much more to come. I recently questioned the Tories on whether the Prime Minister’s remarks meant the £800m cuts planned for the Justice Ministry by April 2020 would be scrapped. The Tory Justice Secretary refused to commit to ending these cuts. It seems the Prime Minister’s words were nothing more than another Tory con trick.

These further austerity measures will cut the system to the bone and risk pushing justice from a deep crisis into a full-blown emergency. They will leave our communities less safe and further undermine people’s abilities to defend their hard won rights. If course, as budgets are cut, the push for privatisation of our justice system will be stepped up. The Tories are already planning new private prisons and new private probation contracts to oversee hundreds of thousands of offenders in the community.

Looking beyond justice, the IFS says that there are ten years of spending cuts to come and £19bn extra is needed by 2023 just to stop further departmental cuts. More is needed to stop further reductions to social security – an area where 75% of post-2015 cuts are yet to be made. For those who face being forced into fuel poverty or using foodbanks by those cuts, austerity is far from over.

The reality is that Tories have announced the end of austerity three times now. Words may come easy to them but it is our communities that pay the price for their broken promises and failed policies. Austerity was always a political choice, driven by ideology, not economic necessity. It is time to end austerity – and that means an end to this cruel government. As long as we live under the Tories, the suffering of millions who have already suffered one of the longest recorded wage squeezes in British history will continue.

To truly end austerity, we need to build an even stronger movement to get a Corbyn-led Labour government into office to deliver the change our communities need. This Saturday, just two days before next week’s budget, I will be speaking at a major conference called by the Labour Assembly Against Austerity and supported by Momentum, Unite and others. The event will focus on why – despite all the Tory media spin – austerity isn’t over and on building further support for our party’s progressive alternative.

It is Labour that has a positive vision for our country. We will invest across all the regions, including those who have never fully recovered from Thatcher’s neoliberal experiment. That means creating 400,000 well-paid green jobs, funding our public services, taxing the richest 5% and big business fairly and clamping down on tax avoidance. The Tories’ words are worthless on the so-called ‘end of austerity’. Only a Labour government can ensure that and set about rebuilding our communities that have suffered so much after nearly a decade of Tory cuts.

This article was originally published by Labour List here.