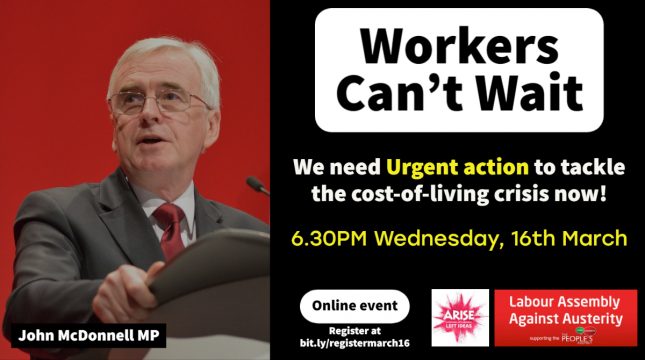 As the cost-of-living crisis deepens & a budget approaches, the Tories do nothing. They are more interested in doing the bidding of their rich backers than saving lives, jobs and livelihoods. Come together & say we need urgent action now!

Join us to hear from the Peoples Assembly, trade union & other activists resisting the Tory offensive, learn about the alternative economic strategy Labour should be putting forward & to support our 10 demands.

Hosted by the Labour Assembly in association with Arise Festival. All other pages listed on social media are kindly helping to promote the event.